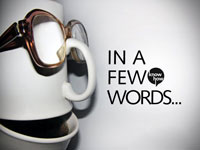 Dividing up the Spoils and Job Allocations

The responsibilities for the development and administration of the system should be decided first as between the franchisor and master franchisee. Then the division of the various fees should be based upon the costs of discharging those responsibilities and only after that should the parties divide up the remaining “profits.”  Being able to provide proof of a careful analysis of these matters will go a long way to getting the deal done with the best candidate.

Selection of Unit Franchisees and Locations

Both parties are understandably more familiar and, therefore, more comfortable with the legal regime in their respective home jurisdictions.  To avoid another obstacle to getting the deal done, the franchisor should consider having the governing law of the agreement be the most appropriate law depending upon the issue, with some issues being determined by the law of a third jurisdiction acceptable to all.

While the governing law provision of the agreement will be more complex than usual, the extra comfort level of the parties will make it easier to finalize the agreement.

Franchising is one of the best and most efficient ways of expanding a business.  Once a solid foundation is built for the success of the system in the home jurisdiction, international expansion is a sensible and potentially profitable strategic choice.  A poorly executed international expansion can drain the resources of the franchisor to the point of destroying the entire system.  The moral being that it is less important what you do than how you do it.

Getting to yes, with the best candidates, for the right master franchise agreements can go a long way in ensuring that international expansions are profitable and satisfying for the franchisor.  The foregoing has only touched the surface of a complex and challenging area of negotiations.  It is not “rocket science,” but it does demand careful thought and patience.